How Do We Spread the News?

For the past decade, I’ve been gnawing on the problem of how to get people in the US interested in ocean yacht racing.

As you know, during the 2001-2002 VOR I worked for an ASSA ABLOY Group company, and worked for ASSA ABLOY Corporate during the North American stopovers. Prior to the actual events, it was my job to figure out a way to convince die-hard NASCAR and NFL fans, living in Nevada, to be interested in a yacht race that didn't even come within 2,000 miles of us. I spent the time leading up to the North American stopovers being a cheerleader, following the race around the world from my desk. It was...challenging. I did it, but really- only within our company. Outside ASSA ABLOY's sphere, the Volvo was still unknown.

Recently a friend asked if I was going to go to Ken Read’s presentation in Mystic, CT. My response was: “Damn- I'll be here. WHY DON'T THEY COME HERE? People in Mystic already love sailing. They need to come pump up their Heartland audience.”

Then, after Oracle’s stunning wreck, Jimmy Spithill had an open Q&A on his Facebook page, with the “winning” question receiving a bit of the wrecked AC72. The winner asked how we as fans can support Oracle through this rough patch.

Elaine Bunting also brought up a similar question when she tweeted: "Could sailing grow as big globally as Tour de France? UK's Sir Keith Mills thinks so & will try it with #VendeeGlobe designs. Your view?" I replied “Love to see it happen, don't see it happening in the US any time soon. There will need to be a serious campaign to get the word out about sailing in the US to more than just the coasts. Have to compete with NFL and NASCAR who are entrenched in the heartland. Hard to convince ppl 1000s of miles from the ocean to care when the racetrack is RIGHT HERE.”

Christophe Baudry mentioned the huge number of TV viewers for the start of the Vendee Globe: "Bravo!@F3PaysdelaLoire: MERCI ! Vous étiez un peu plus de 1,6 million de téléspectateurs pour regarder le départ du #VG2012 sur @France3tv" I asked him how he would suggest getting that many in the US and he replied: "by a dedicated action near the us broadcaster 1 year before the event and invite them at the start... Maybe next time.."

Which got me thinking.

How do we get more people in the US to support yacht racing as a whole, and get the US media to cover the sport? (which will lead to more people being interested, and more coverage... a non-vicious circle)

For example: with the VOR- did you see the difference between Miami and the other ports? This year we saw how fantastic Galway was, welcoming the boats in the middle of the night with thousands of people. PUMA sailed into Miami in the middle of the afternoon, and while I wasn't there, only saw photos, I could almost hear crickets. I saw nothing reported about it in the larger US media outlets.
The only thing most people know about the ACs is Oracle's pitchpole, thanks to ESPN's to 10 of horrible things that happened in sports this week. Nothing about the 45s or the great races in SF.

So- how do we change that? How do we as fans, as people who are involved in the sport, raise awareness?

Which got me thinking AGAIN.

How does the VOR “get” teams? Are they sought out? Do they contact the VOR directly?

If sponsors are pursued, who decides what companies to ask? What kind of criteria is there? Is there a pitch?

If potential sponsors approach the VOR, is there vetting? What kind of process is there to make sure the sponsor can sustain the campaign?

Has anyone actively pursued any potential sponsors in the Heartland of the US? A sponsor that people in Kansas, or Nebraska or Montana could identify with? Sure- we all know PUMA, we all know Pirates of the Caribbean, but they’re still pretty far away from day to day in Kansas City, or Lincoln, or Oklahoma City.

If it were up to me, I’d suggest the VOR pursue the Hunt Sports Group of Kansas City. They’ve been associated with sports in the area for decades, they own sports teams, they’re revered in the heartland. Plus, I’m guessing they have the resources to maintain a campaign, especially with the one-design.

But that's just me.  What other ideas are out there?  How do we spread the news? 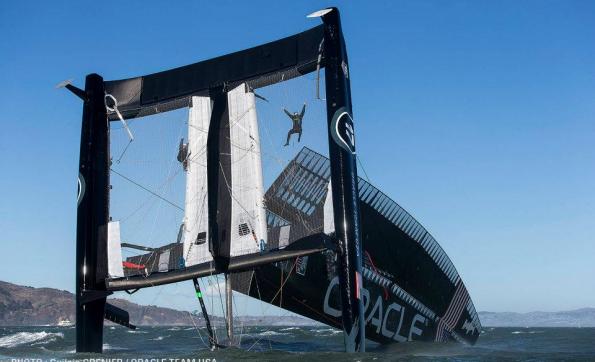